Britain is famous for its wide range of alternative fashions. The nation’s counter-cultural clothing ranges from the heavily-customised, rough-and-ready outfits that characterised the punk movement to the sharp suits favoured by the mods. Britain’s subcultures have produced everything from colourful, quirky indie outfits to macabre, gothic ones. Meanwhile, West African fashion is renowned for its vibrancy, intricacy and uniqueness. Here at Empire Textiles, we believe that combining British alternative fashion with West African textiles could yield some of the most interesting and original garments in the world. 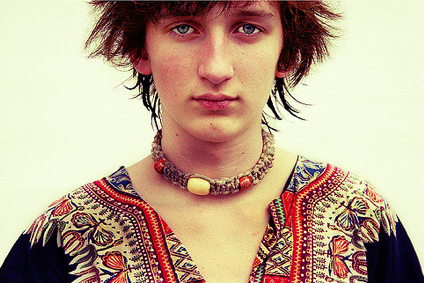 Why Use African Fabrics?

Firstly, it’s worth looking at current trends among independent clothing designers. More and more indie outfits feature elaborate patterns and vivid, contrasting colours. This is because many independent designers want to create a carefree, energetic aesthetic: bright hues and cheerful patterns are one of the most effective ways of doing this. West African fabrics have always utilised bright, visually arresting patterns and colours, which means that they’re ideally suited for indie garments. In particular, fabrics from Vlisco are typified by vibrant hues and modern-yet-intricate patterns. Ergo, these fabrics would be even more useful in the world of indie fashion than other West African textiles.

African Fabrics For Any Fashion

However, it’s not just indie fashion that could benefit from West African textiles. These fabrics can be seamlessly incorporated into almost any type of alternative fashion. Mitex Holland offers a variety of traditional patterns in earthy hues that could easily be added to retro-style garments. Meanwhile, Getzner offers a wide variety of simple, stylish patterns that could be used to create unique, alternative suits. Though Vlisco are best known for their colourful patterns, they also produce some brilliant black-and-white fabrics that feature angular, visually striking patterns. These fabrics could definitely be used to create garments for the world of gothic fashion.